A Short History of Garages

A Short History of Garages

Many Americans take for granted that when they purchase a home, it will come with a garage, but this room hasn't been a part of family homes for as long as people think.  Today we not only use it to park our vehicles, but many Americans use it as an extension of their home using it for recreational purposes, including exercise equipment, woodworking, crafting, or a game room.  While this room is a fixture in the lives of Americans today, listed below is a short history of the garage. 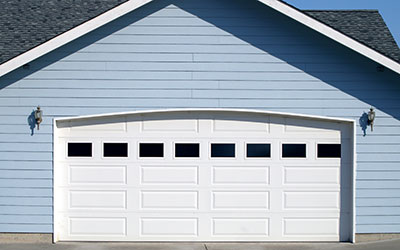 As the popularity of automobiles soared and they became affordable to everyone, carriage houses were not enough to store cars, and thus the garage was invented.  The term garage was coined from the French word "garer" or "to store" and at first were shed-like structures constructed by homeowners to store their automobiles.  In 1908 Sears Roebuck & Company created a portable unit that could be utilized anywhere, but as vehicle ownership soared, so did the need for more permanent structures.  At first, these structures were constructed like barns with large doors that swung open, but this became tedious, and these structures did little to keep automobiles warm and clean.

What first started as a luxury for the wealthy soon became the standard way of life for individuals all over America, and by 1925 home buyers were asking for garages, and if homes did not have one, they did not sell as quickly.  Starting in 1940, home designers and builders began to incorporate them into the home design and attaching it to the home for easy can convenient entry.  By 1960 most households had more than one automobile, and soon these structures became larger to accommodate the additional cars and were estimated to represent as much as 45% of the square footage of the home.

Today it is estimated that as many as 82 million homes in the United States now include a garage with 79% having at least a single car one.  Many individuals not only store their automobiles in them, but they use them for other purposes as well, including studios, workspace, game rooms, or storage.  Regardless of their use, they are a permanent fixture in American life, and it is hard to believe they have been around for a little more than 100 years.

If you have any questions or needs regarding your garage, you can count on the experts at San Antonio Overhead Pros to provide you with the answers you need and the service you deserve.

Do you need your garage door fixed?